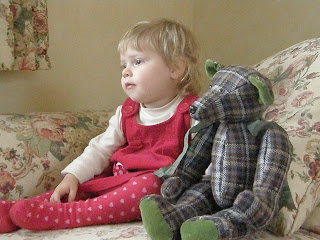 I can hardly believe that it is so long since I last posted here, the Winter Solstice and Yule have both passed and we are are almost into the New Year. Thank you to all those who left Christmas greetings in the comments, I read and appreciated them all.Above is Kaitlyn wearing her Christmas gift from Aunty Cesca and Uncle Neil when she was here on Friday. Teddy belongs to me but she has discovered him - and some of his friends :) - in the last couple of weeks and now loves to play with them when she comes over. 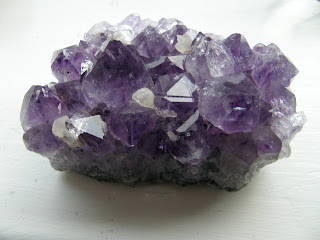 The season passed quickly and was very enjoyable, I received a lot of lovely gifts but one of my favourites was this lovely piece of Blue John from one of my friends. The area around Castleton in the Hope Valley is the only place in the world where this is found, I shall try and get out there and go down one of the mines next year and take some photos - if it's allowed that is. 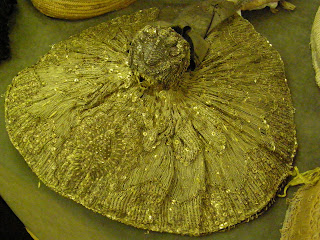 Just before Christmas we had a really interesting talk on the history of hats at WI. The speaker brought dozens of examples and this was the oldest, it dates back to the late 18th century and is French, it is called a bergiere and is the sort of thing that Marie Antoinette and her ladies would wear when they played at being shepherdesses at Le Petit Trianon. If I let you guess from now until next Christmas I'll bet you'd never guess what it is made of! It is made entirely of -wait for it! - horsehair!! This was very expensive indeed as there was, as you can probably imagine, a fairly limited supply of it. It was mixed with plaited straw to make less expensive versions. 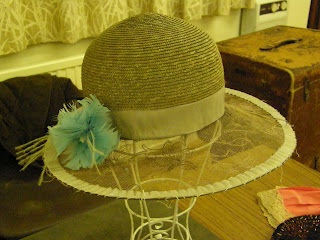 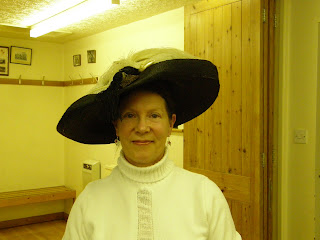 I was encouraged to try on this wonderful Edwardian creation afterwards, must admit I've always had a secret liking for these as being very flat crowns I can wear them whereas the modern day large hats with large crowns as well as large brims make me look rather like a mushroom on legs:) 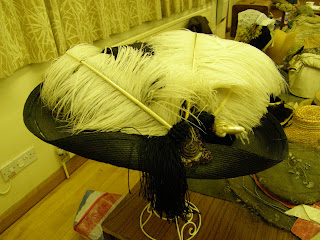 This is a rather better view of the hat! 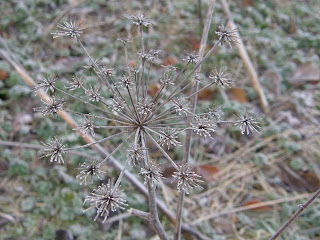 The last few photos are images from a recent walk, this one of a frosted angelica seedhead needs clicking to see how lovely it really is. 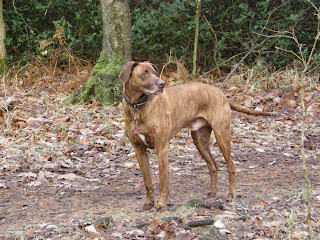 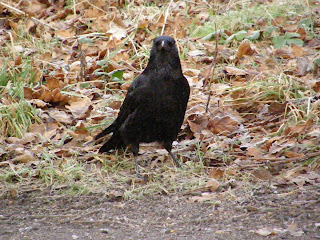 This crow allowed me to get really close and take several photos,in fact he was practically posing for them. 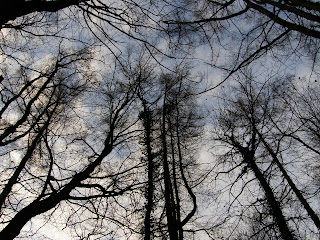 I turned the camera up to catch the beautiful tracery of bare,black branches against a clear blue sky.

Hopefully I shall be posting more regularly again once we are past the New Year, I haven't had my camera with me as much as usual so 'must try harder' from now. Happy New Year everyone.
Posted by Rowan at Sunday, December 30, 2007 29 comments: 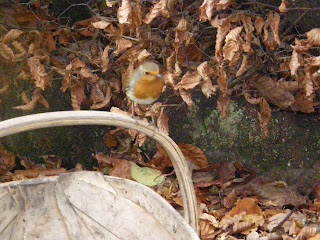 I've just not been finding time/energy to post recently but thought I'd better do a short one just to show that I'm still around. It's a busy time of year for everyone of course. When the weather has allowed I've been spending as much time as possible in my garden and I have had a willing helper as I've worked. 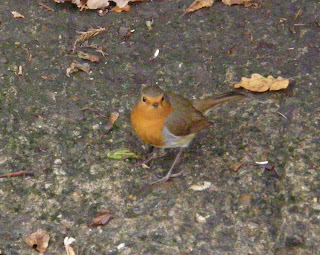 This little robin is extremely friendly and is obviously urging me on to greater efforts so that he can get on with helping to remove any food supplies that I uncover. He seemed quite willing to pose for the camera though the photos aren't very good as I was crouched down and wobbling about a bit so they aren't very sharply focused. Some clicking on all the photos I'm posting would probably be a good idea. 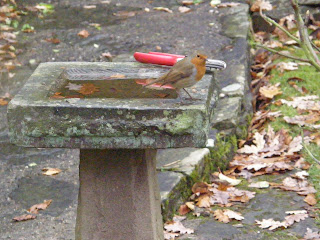 This is one of his favourite places from which to survey the scene. 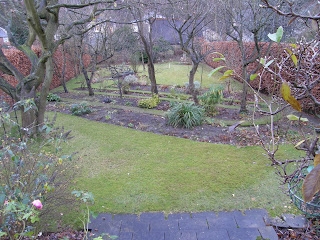 The results of our efforts - still quite a bit to do in the beds hidden by the terrace walls and in the front garden though. 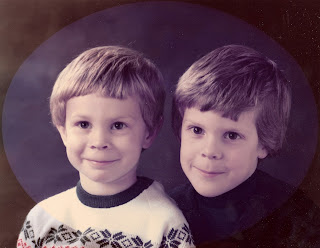 Family history research always comes to the forefront in the winter months and OH has been uploading a lot of family photos. This is my favourite of my two boys taken when Neil was 3 and Steve was 5. It's normally in a frame on the wall and you can see how the colours have faded over the years. 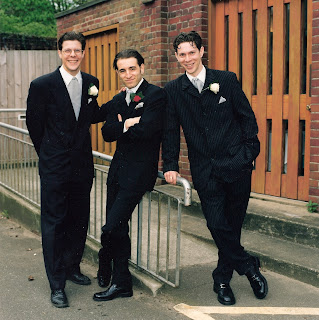 This was taken about 8 years ago when they were joint best men at the wedding of their friend Fabiano. Steve is left, Fab in the middle and Neil on the right. 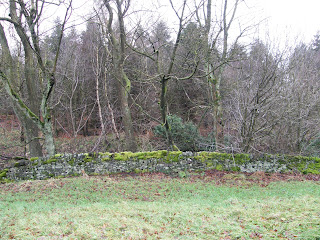 Earlier this week as I came back from a meeting in Grindleford I saw the sign advertising Christmas trees for sale at the National Trust site at Longshaw. I decided to get one and leave it out in the garden until I'm ready to put it up. On the way from the car park I passed this lovely old drystone wall covered in mosses and lichens. 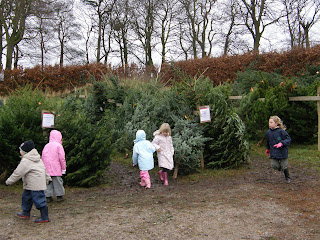 There was a school group visiting the Christmas tree area, they'd been in an indoor classroom area and had just come out to look at the trees and I think they were choosing one to take back to school. 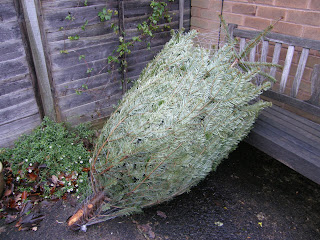 The tree I chose waiting forlornly on the terrace, hopefully I'll get it up towards the end of next week. Still have all the outside lights to do once I get a dry,still day. OH would be a great understudy for Scrooge so I'm on my own with all the decorating. 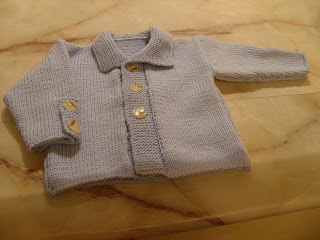 Finally the little jacket I've made for Gabriel, I wish I could make a better job of sewing things together, it's never as well finished as I'd like. Still, it will keep him warm which is the main thing.
A bit of a mixed bag but at least it shows that I haven't fallen off the edge of the world:)
Posted by Rowan at Sunday, December 09, 2007 37 comments: