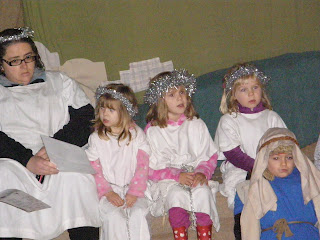 I hope everyone had as good a Christmas as we did. These are just a few photos from Christmas Eve - not great as there were a lot of people around in a small space and it was a case of snapping what I could. A local farm does a Nativity play which the children take part in during the few days leading up to Christmas so I booked tickets for Steve, Hannah, Juliette, myself and the two girls. It was a surprise for Kaitlyn and Lucy as they had no idea where we were going when we set out. First of all the children are dressed up so that they can take part in the play. Kaitlyn and Lucy both chose to be angels - along with pretty much all the other children:) 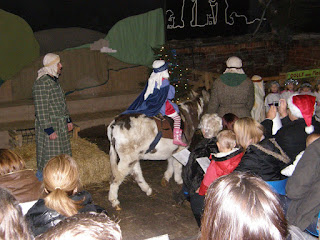 The nice thing was that there were real animals - an 'ox' in a stall, real lambs for the shepherds and a real donkey for Mary to travel to Bethlehem on. 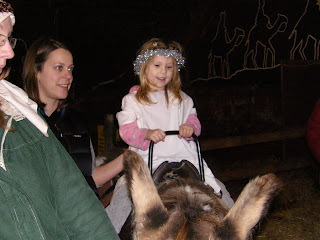 Afterwards the children were all able to ride on the donkey if they wanted to which Lucy definitely did! 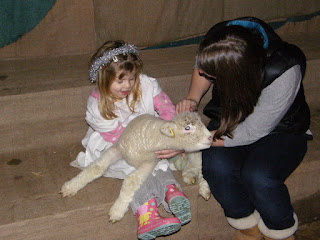 Holding one of the lambs was fun too though the lamb seems to be more interested in Aunty Juliette's hair than anything else. 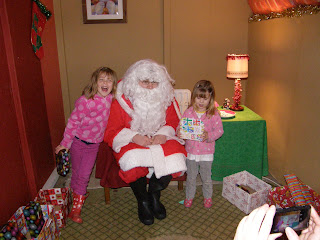 Finally came a visit to Father Christmas - Kaitlyn seems very happy with this part:) Lucy is more interested in what the parcel might contain! Grown ups weren't left out - there was a glass of mulled wine and a mince pie for us. It made a great start to the holiday.
Posted by Rowan at Friday, December 28, 2012 9 comments: 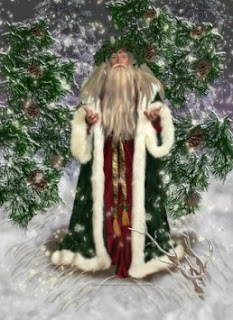 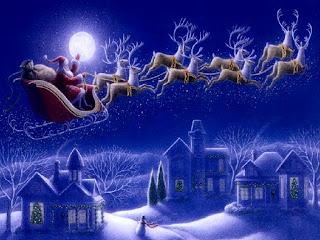 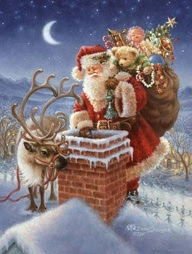 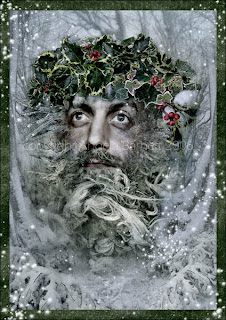 So the shortest day came, and the year died,
And everywhere down the centuries of the snow-white world
Came people singing, dancing,
To drive the dark away.
They lighted candles in the winter trees;
They hung their homes with evergreen;
They burned beseeching fires all night long
To keep the year alive,
And when the new year's sunshine blazed awake
They shouted, revelling.
Through all the frosty ages you can hear them
Echoing behind us - Listen!!
All the long echoes sing the same delight,
This shortest day,
As promise wakens in the sleeping land:
They carol, feast, give thanks,
And dearly love their friends,
And hope for peace.
And so do we, here, now,
This year and every year.
Welcome Yule!!"

These are still the most perfect words for the celebration of Winter Solstice that I've ever found so here they are again:) I have been so busy recently with preparations for the winter festival and life in general that I'm afraid that the blog has taken a back seat. My son and his family are over from South Africa and for the first time in three years they will be spending the holiday season with us so it's a very special one for us. Hopefully in January I shall have more time and will be back to posting regularly. Meanwhile I wish you all a very Happy Winter Solstice!
Posted by Rowan at Thursday, December 20, 2012 16 comments: