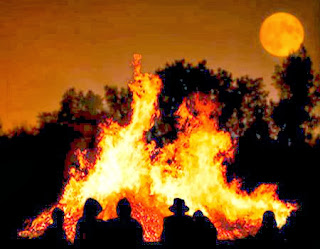 Light the bonfires; another year has flown
Gather friends around you Don’t spend the night alone
Sweep out the courtyard to greet the coming year
Lay a handsome table Your visitors are here

Here come your sorrows, all your old regrets
every broken promise and every unpaid debt
Perched on your shoulder yearning toward the flame
Pour them a glass of whiskey and greet them all by name 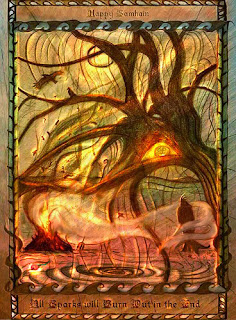 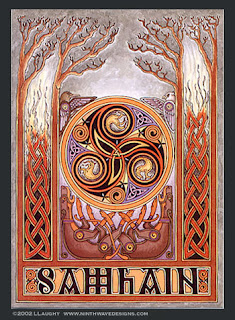 Greetings at Samhain - the ancient Celtic New Year. This is another song from the album by Blanche Rowen and this time I've found the track on Youtube!
This will be my last post for a while as I'm off to the USA this weekend with my daughter. We're visiting the Deep South this time - mostly in Savannah but also five days in New Orleans so that should be fun -and probably exhausting too if I know my daughter:)

A Weekend in Suffolk and a Surprise 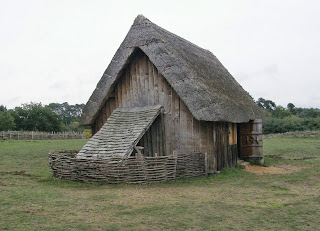 I spent last weekend in Suffolk with my son and his family and unlike most of the rest of the country Suffolk had mild,dry weather until Sunday night so we were lucky. On Saturday my daughter-in-law packed up a picnic and off we went to West Stowe Anglo Saxon village. I always enjoy going there and seeing the experimental archaeology, this is The Farmer's House one of the houses all of which are built in the position where one of the original excavated buildings stood. The idea is that all the buildings are constructed differently in order to test theories as to how they were originally constructed. Excavation has provided some clues but a good deal is educated guesswork. 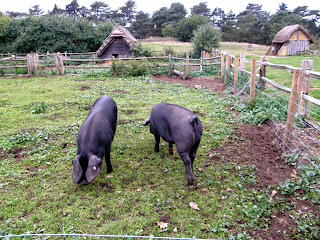 These two black pigs were busily hoovering up the acorns that had dropped from an overhanging oak tree. They seem to be permanent residents at West Stowe as they have always been there each time I've visited. 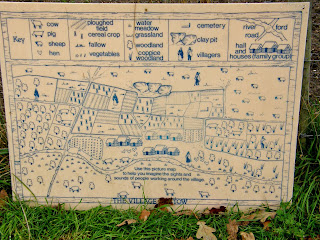 I found this hand drawn map really interesting as it gives you a real feel of how the village might have looked. 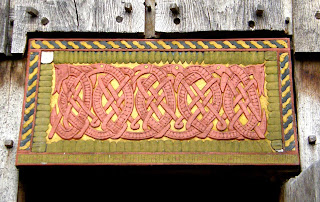 This is placed over the entrance to the Mead Hall at West Stowe, below the zoomorphic design is a sentence written using Runes but sadly I have no idea what it means. The Mead Hall was a place of feasting, singing and the telling of ancient stories, communal feasting was an important part of Anglo Saxon life. 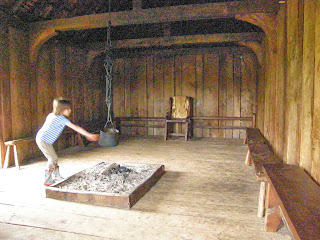 Inside the Mead Hall which was actually very dark but of course at night it would be lit by the fire in the central hearth and by flaring torches which would throw shadows everywhere - very atmospheric for the telling of tales:) 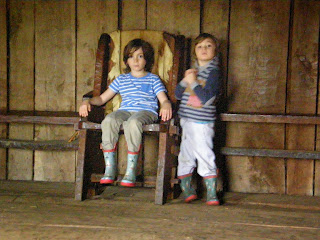 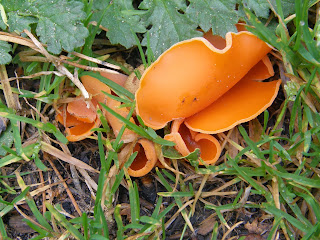 West Stowe is also a country park with various woodland walks, there were plenty of fungi about, I'm putting three photos in the hope that someone, (Roy maybe?), can identify them for me. I did wonder whether this one is orange peel fungus? 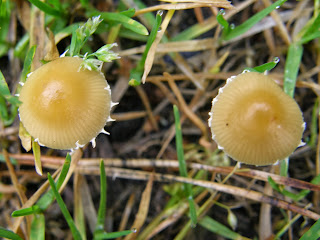 This one I can't even guess at! 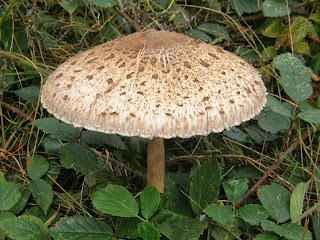 The shape of this makes me think parasol mushroom but are there various types or just this one? 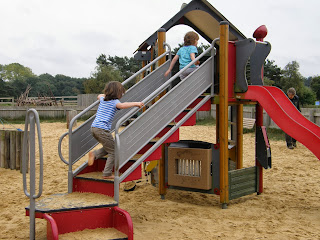 This is the bit the boys enjoyed most - the play area:) 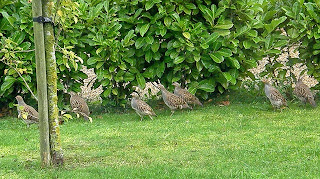 This is what you get in your garden when you live in the middle of nowhere - a covy of English grey partidges!  Not a great photo as it was taken through glass but it was lovely to see them. There are lots of them around and I invariably see some when  I'm driving down the lane. 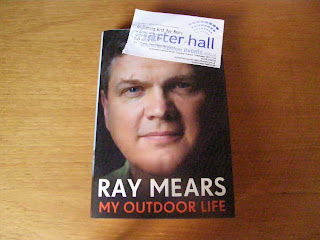 The real reason for my visit to Suffolk was that Neil and Cesca wanted to organize a treat for me as a 'thank you' for helping them out during the summer. I didn't know what the treat was going to be until Saturday teatime when they told me that I was going to Colchester for 'An Evening With Ray Mears'! If they had thought all year they couldn't have come up with anything better :) Ray was absolutely brilliant, he spoke from 7.30pm until 10.40pm with just a 20 minute break. There was a large screen which showed superb photographs and video footage illustrating his talk which was largely about the Boreal Forest in the first half but afterwards covered many other areas including South Africa which was wonderful for me as I've seen for myself the animals and landscapes he was talking about. Afterwards he signed copies of his autobiography and in spite of the huge queue of people and the lateness of the hour he took time to exchange a few words with each person and then shake hands. Heaven knows what time he finally left the Hall as it was 11.15pm when we finally got out and there were still plenty of people behind us. I have to say that Ray Mears is a thoroughly nice man and exactly the same as he appears on TV. As weekends go this was a very good one!
Posted by Rowan at Wednesday, October 23, 2013 23 comments: 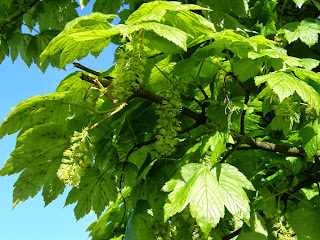 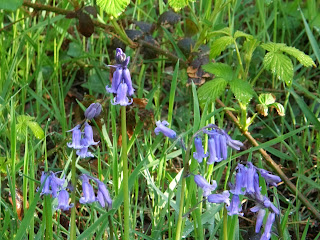 The dance goes on and it's never ending
The circle turns and the singer sings
The year turns round but the woods in springtime
Do not care what the winter brings. 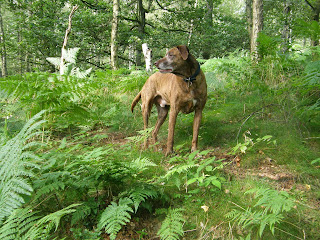 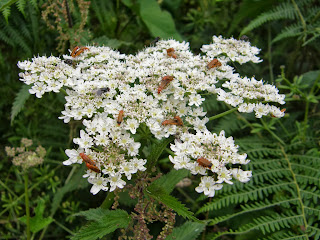 The dance goes on and it's never ending
The circle turns and the tale unfolds
The years turn round but the wood in summer
Has no thought of the winter's cold. 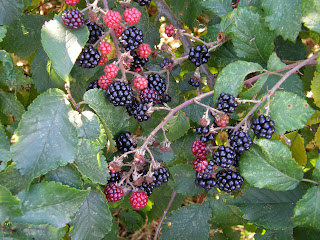 Blackberry, hazel, and elderberry
Hang heavy and ripe in the shortening days
Bright as a banner the autumn leaves
Burn red in the old sun's dying rays 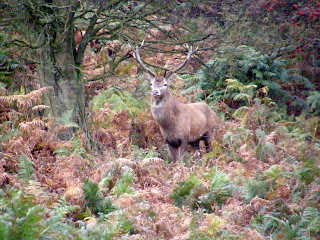 The dance goes on and it's never ending
The circle turns and returns again
The year burns on but the wood in autumn
Gathers itself for the winter's pain. 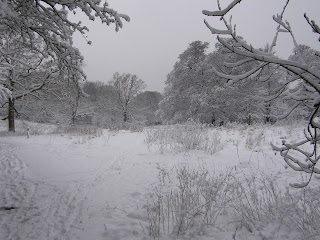 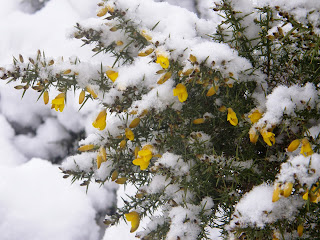 The dance goes on and it's never ending
The circle turns and the singer sings
The year grows old but the winter wood
Still holds the memory of the spring.

The Four Seasons By Brian Pearson (From the album "Tam Lin")

I discovered this song only recently on a CD called The Dance Goes On by Blanche Rowen and Mike Gulston. I absolutely love the words, they are precisely what my blog is all about. I've tried to find a Youtube rendering of it but sadly there doesn't seem to be one.
I've been really busy over the last couple of weeks hence the lack of posts and comments. Must do better!
Posted by Rowan at Sunday, October 13, 2013 20 comments: