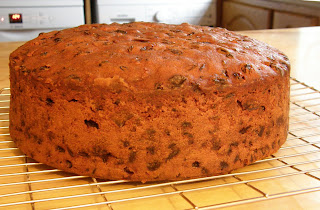 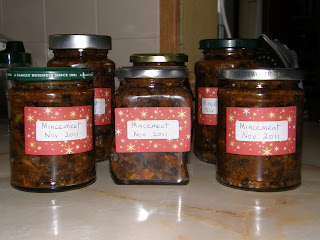 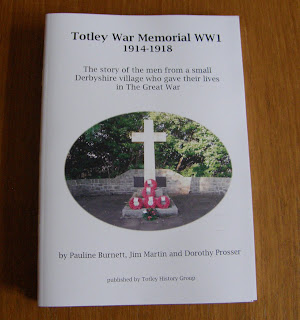 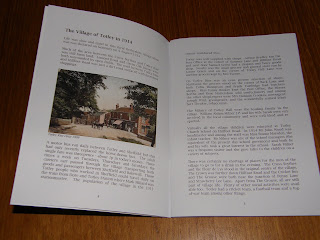 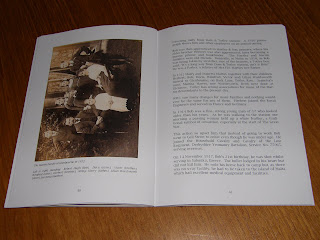 .....this is part of the story of Jim's uncle with a wonderful family photo. Hopefully this year instead of being just a list of names on a brass plaque these men will become real people who once lived here in our village and whose deaths will have left a huge gap in the lives of their families and friends.
Posted by Rowan at Monday, November 07, 2011

What an amazing book project Rowan! You have been very busy.

Good to see you here.

Oh well done, on all three counts, but especially the book of course. I know how much hard work you must have put into the research and writing it with the others.

Enjoy your day out at the Country Living christmas Fair (deeply envious!)

When there is no longer anyone to remember them when they were alive, what were once living, breathing human beings become reduced to statistics -- faceless names on a monument. An important part of the purpose of Remembrance Day is to remind ourselves of the terrible human cost of war. WWI pretty much wiped out a whole generation. It's not just the families of the dead who suffered a loss. These men were lost to the community as well, and any contributions they might have made were lost with them. The ancient Egyptians believed that to speak the name of the dead was to make them live again. What a very human thing you and your friends have done, to preserve the history of these men.

That is a beautiful looking Christmas cake. I remember the year my girlfriend made one and we had a giggle about her giving it 'drinks' every once in a while. Your book project sounds enormous but rewarding. It seems difficult to find accurate history from 1914 on the personal level, which this project was aiming towards. I am curious about how you found your sources since contemporaries of the fallen are also gone by now. These days a lot of attention is going to the soldiers of WWII but it is fitting to remember the soldiers and their families of the devastating WWI. Congrats on meeting your deadline.

Congratulations and well done Rowan. Your book will certainly help to bring history alive. What an achievement!

Yay Rowan..what a magnificent post! You have been busy creating ..wonderful..such a touching and lovely story and book! Shine on! Wonderful news!
and lovely and yummy treats..looks divine! Thanks for adding sparkles to my day!
Wishing you a beautiful November and magical season ahead!
Victoria

Rowan, what a wonderful deed you are doing, my hat is off to you.I don't know how I've missed your last few posts, I have some catching up to do. The Christmas cake looks lovey, is it an English version of a fruitcake? The mincemeat looks so pretty too. Lucky girl, going to the Country Living Christmas Fair, sounds most enjoyable, take lots of photos to share. Your friend from across the pond, Julie.

Rowan,
As a girl one of the most moving ceremonies associated with Memorial Day was, for me, the moment when the names on our small town's War Memorial were read out. It was years later before I could recognize something of how deeply the loss of these men affected both their immediate families and future generations. Those who didn't die as a result of battle likewise gave so much--and came home forever altered.
A project which brings their names and lives again to remembrance is truly a labor of love and respect.

Well done Rowan - where can I buy a copy of that book? And belated happy birthday! xxxxx

You have been very busy making all those lovely goodies. Glad to see your book in print it looks interesting and what a lot of research you have done to find out about those brave men. Is it only available locally? Hope you enjoy your visit to the Christmas Fair and spending your birthday money:)

I opened your blog and could smell the Christmas cake mmmm........lovely. Your project for your book sounds fascinating involving a great deal of hard work. What an interesting page. Thank you.

How wonderful, to write a book and have it published.
You have given new life to the dead. I just finished reading a book about WWI, Duty to the Dead, and it reminded me what a debt we owe those who have served and died.

Wow, you have been very busy and productive. It looks wonderful. Congrats on the book !!!
Have a wonderful day.

Creating that book was a lovely tribute D.
Such a nice thing to do. It must have been difficult to obtain the info after all this time.
The Christmas cake looks really nice.

Rosie, the book is only available locally apart from two small shops in Sheffield, it was only a small print run as we know that we have a limited audience for a book like this.

Congratulations on finishing the book, Rowan. I remember you speaking of it before and also that wonderful Christmas cake you make each year. It must be delicious!

Well, if I'd live there I will surely buy a copy of your book, I like to know more about the place I live in! Great job!

Congratulations on the publication of your book. That's a dream for a lot of us. I'm sure it'll be very well received in your own village as well as the larger world.

Book and cakes and mincemeat, oh my! You have been busy. The cake looks awesome and the book--what a treasure.

What wonderful projects to keep you busy Rowan! The Christmas cake looks perfect. Will you decorate it also just before the holidays? Normally, I see many of the English bloggers busy with Christmas cake but you are my first this year.

By they look scrummy someone has been really busy.

Just to let you know that I have nominated you for an award. If you would like to visit my blog to collect the same.